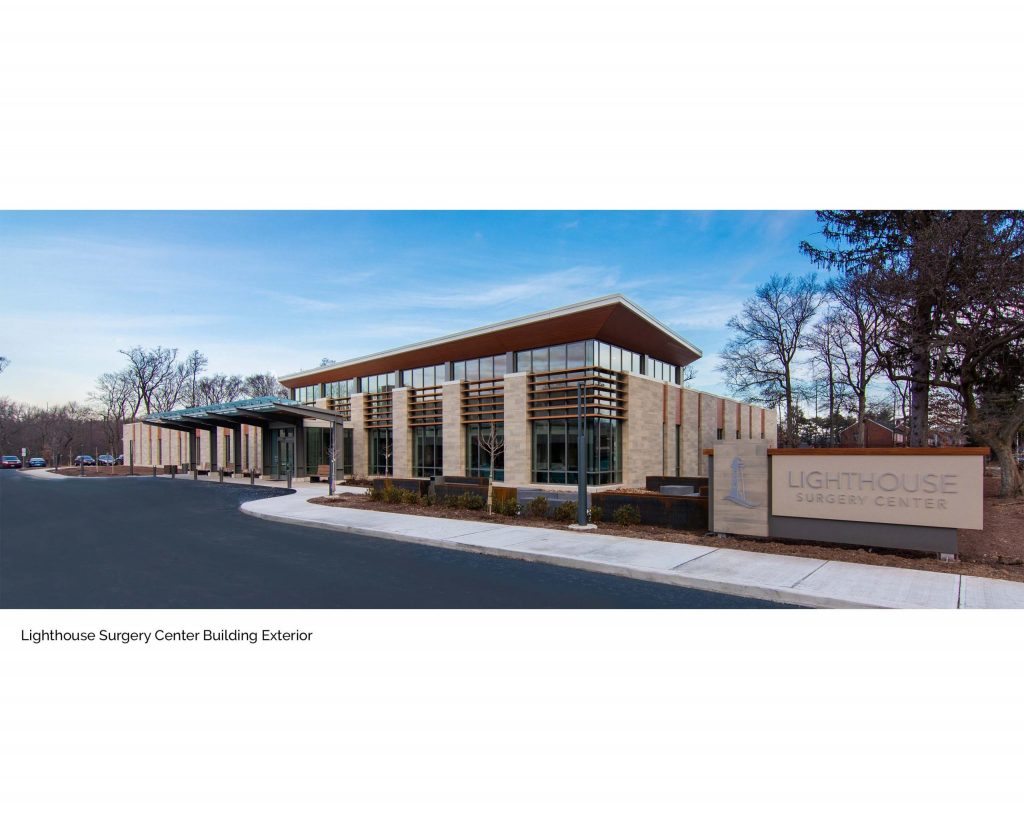 SLAM worked closely with the multiple owners, consultants, subcontractors, and vendors during the design phase to keep the project on a fast track and within budget. The unique integration of design and construction allowed for innovation, flexibility and responsiveness during the design and construction process. The design-build methodology incorporated subcontractor expertise early in the design process allowing for efficiencies, speed and open collaboration resulting in earlier project delivery.

In addition to an early bid packages for site enabling mentioned below, the SLAM team worked with Macri Associates on a design assist basis along with Guiffrida Engineering on the complex mechanical & plumbing systems required for a surgery center program. Network Interiors was awarded the pre-fabrication of light gauge metal interior and exterior framing systems to expedite the construction. Other team member collaboration included Shepard Steel on the structural steel package, and McPhee Electric. Midstate Masons Construction provided an alternate concrete block veneer that was designed to mimic the pre-cast concrete used on the other hospital buildings. This allowed the building to blend into the campus, with a fresh contemporary flare and stay within budget.

Highlights of team collaboration methods include SLAM’s internal teams of design, estimating, construction and landscape/planning working together early in design to program the building footprint and site within City requirements, while keeping within the hospital’s budget. The property on the campus of Saint Francis Hospital included nine existing structures that needed to be abated and demolished. SLAM CS also developed early bid packages to commence an enabling project to abate and demolish the existing structures and prepare the site with infrastructure upgrades prior to fully developed design documents.

The Saint Francis Hospital/Lighthouse Surgery Center project was collaborative from day one. From its conception as a partnership between Saint Francis Hospital & Medical Center, Lighthouse Surgeons and Woodland Anesthesiology and then later Trinity Health of New England, the owner group worked as a team to develop a plan to meet the growing orthopedic needs of the community. The owner’s goal was to build a physician led, hospital supported, and patient centered out-patient surgery center in downtown Hartford within proximity of the hospital.

Originally needing to meet a fast track schedule, the owner’s hired the SLAM team to plan, design and build the project. The SLAM team worked with the physicians’ groups and trusted consultants, subcontractors, and suppliers to develop a program, enabling projects, full design, and construction to create the new 35,000 sf state-of-the-art community-based surgery center. 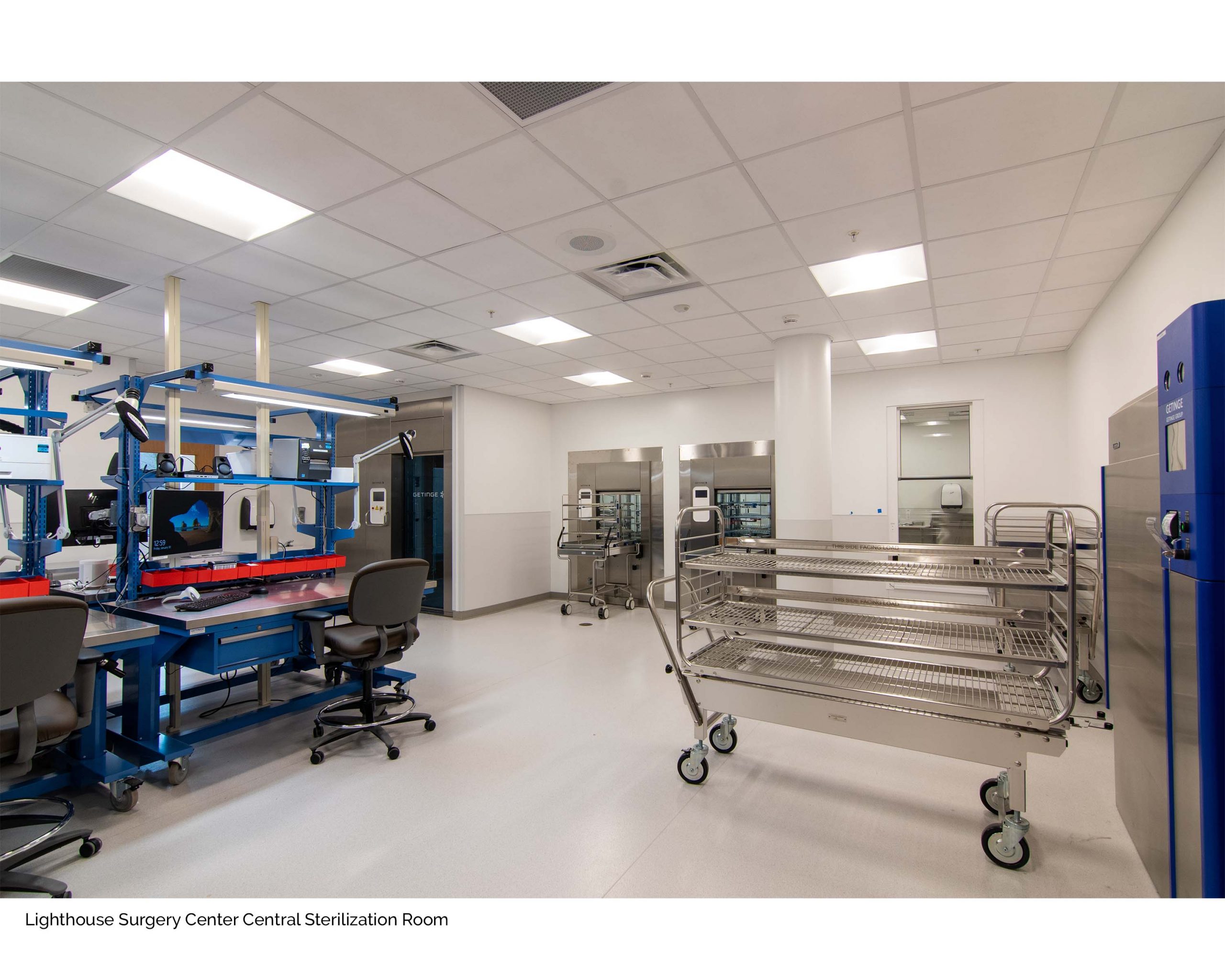 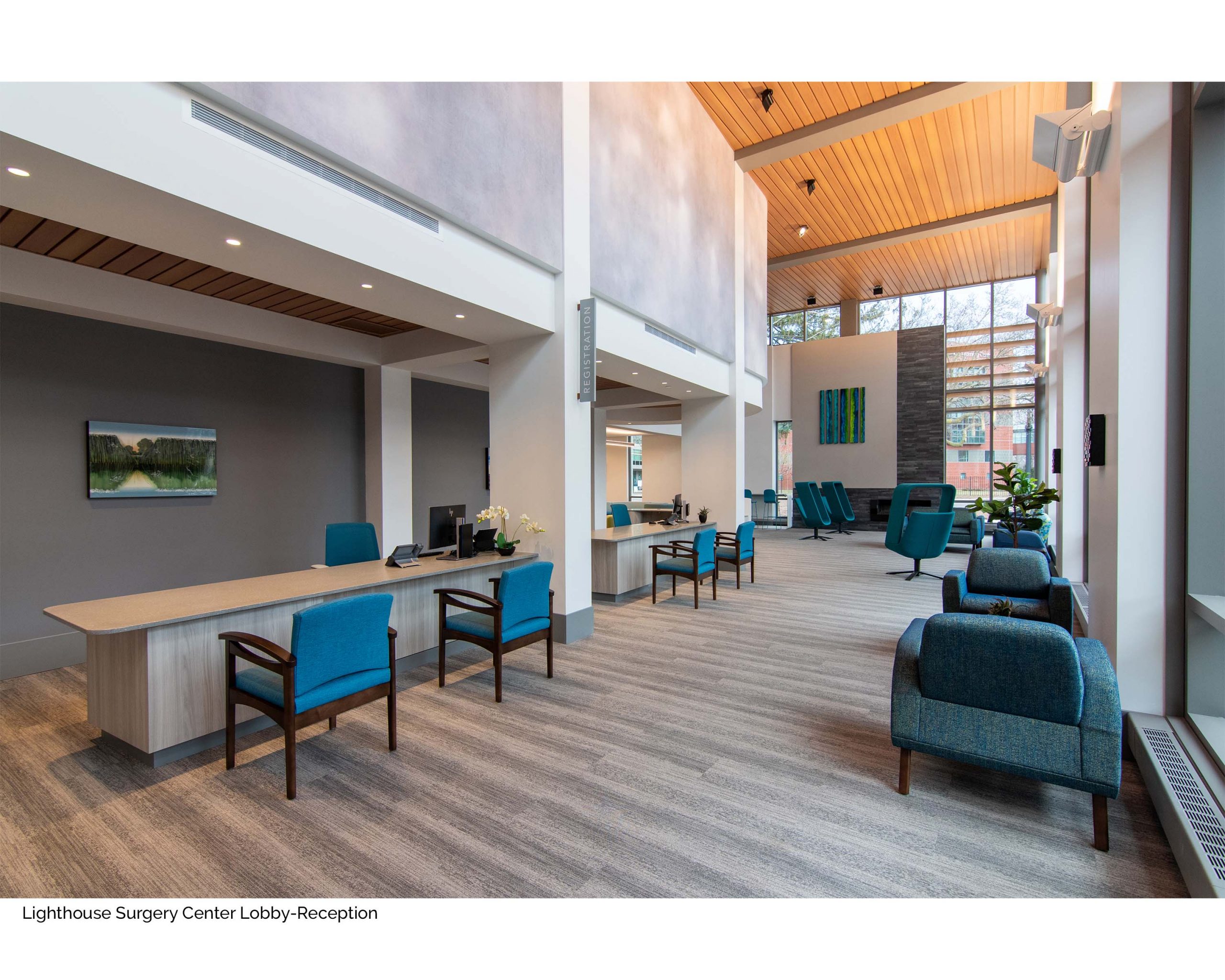 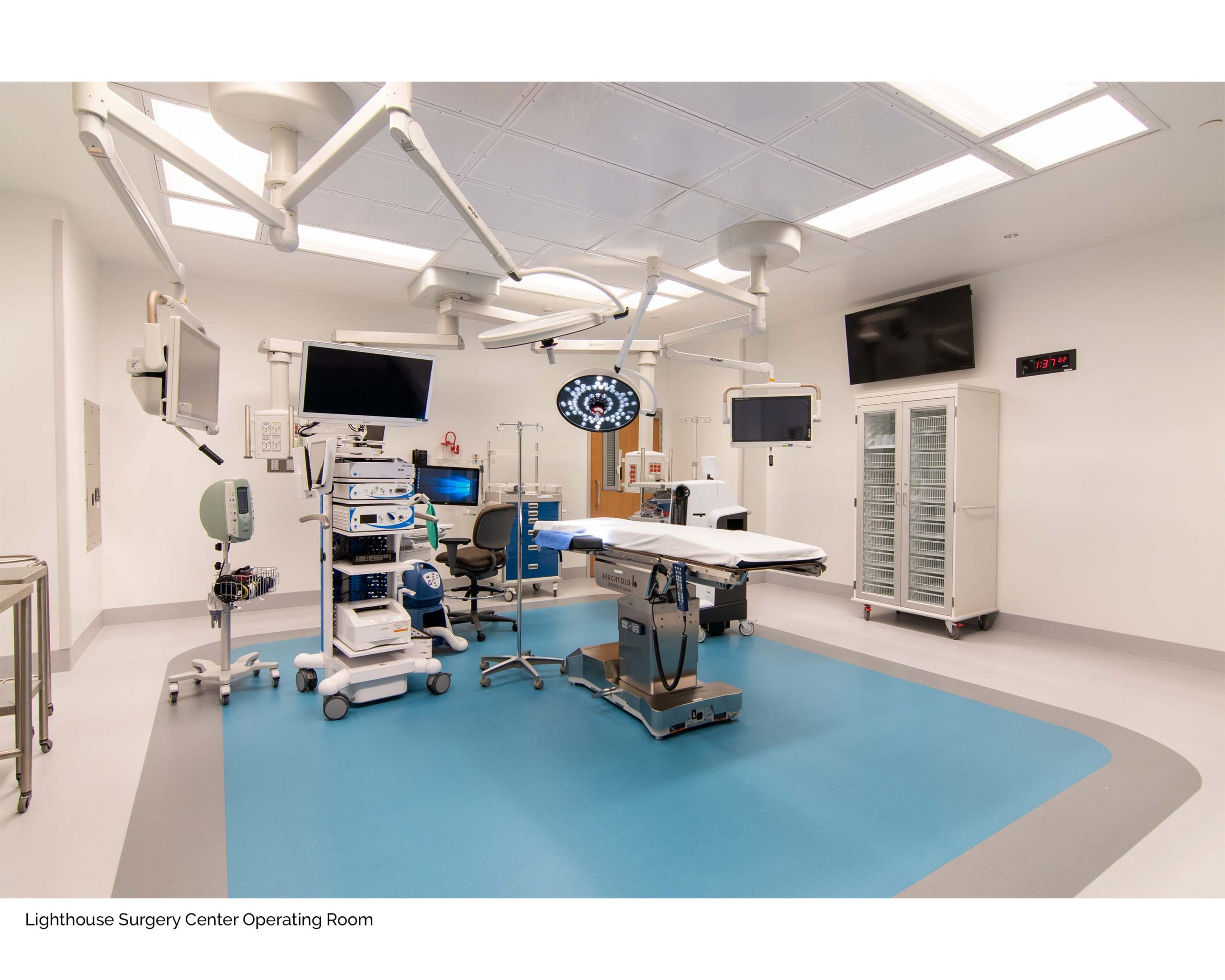