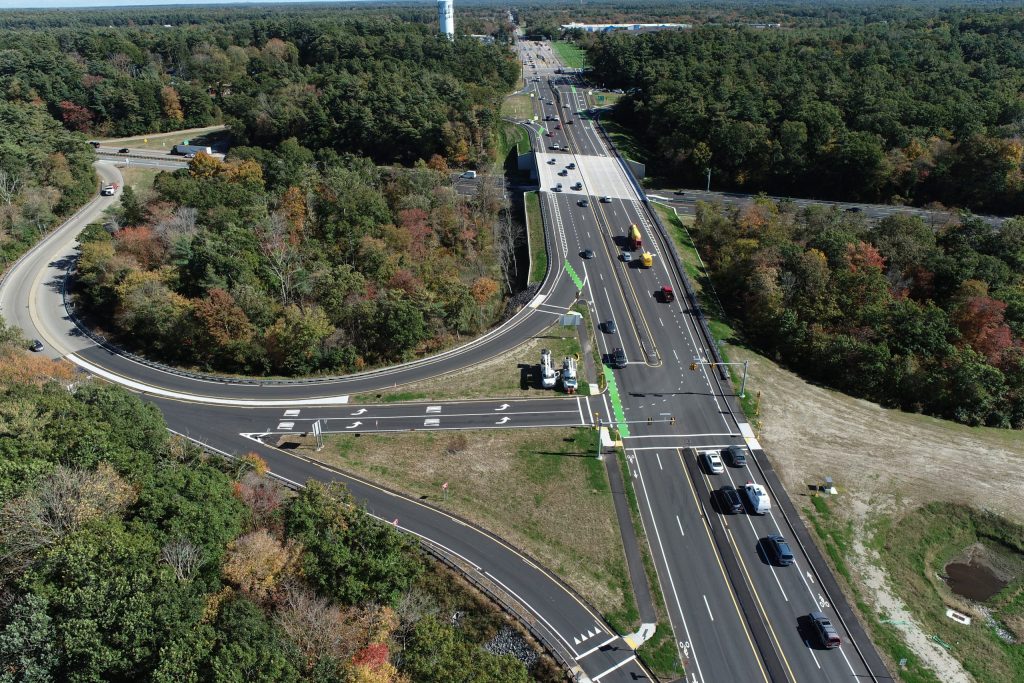 The bridge carrying Route 44 over Route 24 in Raynham, MA, serves as a critical asset within the local and regional transportation networks, providing a regional link between Providence, RI, and Southeast Massachusetts and locally between the two halves of Raynham divided by Route 24.

In 2017, MassDOT awarded a Design-Build contract to the VHB/SPS New England, Inc. (SPS) team for final design and construction of the replacement bridge. The existing four-span bridge would be replaced with a two-span, 166-foot-long bridge with added bike lanes and widened sidewalks. With a need to minimize disruption to the traveling public and the adjacent communities, VHB and SPS saw tremendous opportunity in an accelerated construction method never before applied on a MassDOT project—a lateral slide.

The project’s scope also involved implementing pedestrian and bicycle facilities along Route 44, including ADA ramps, crosswalks, and new signal systems. These improvements established a safe route for all users between the residential and commercial zones previously disconnected by the bridge and interchange ramps. Additionally, the project reconfigured the ramp system to eliminate a dangerous weave condition on Route 24, improved the roadway drainage system and added water quality improvement features, installed updated traffic signals, relocated utilities, eliminated existing piers in anticipation of future widening of Route 24, and raised the vertical clearance below the bridge. 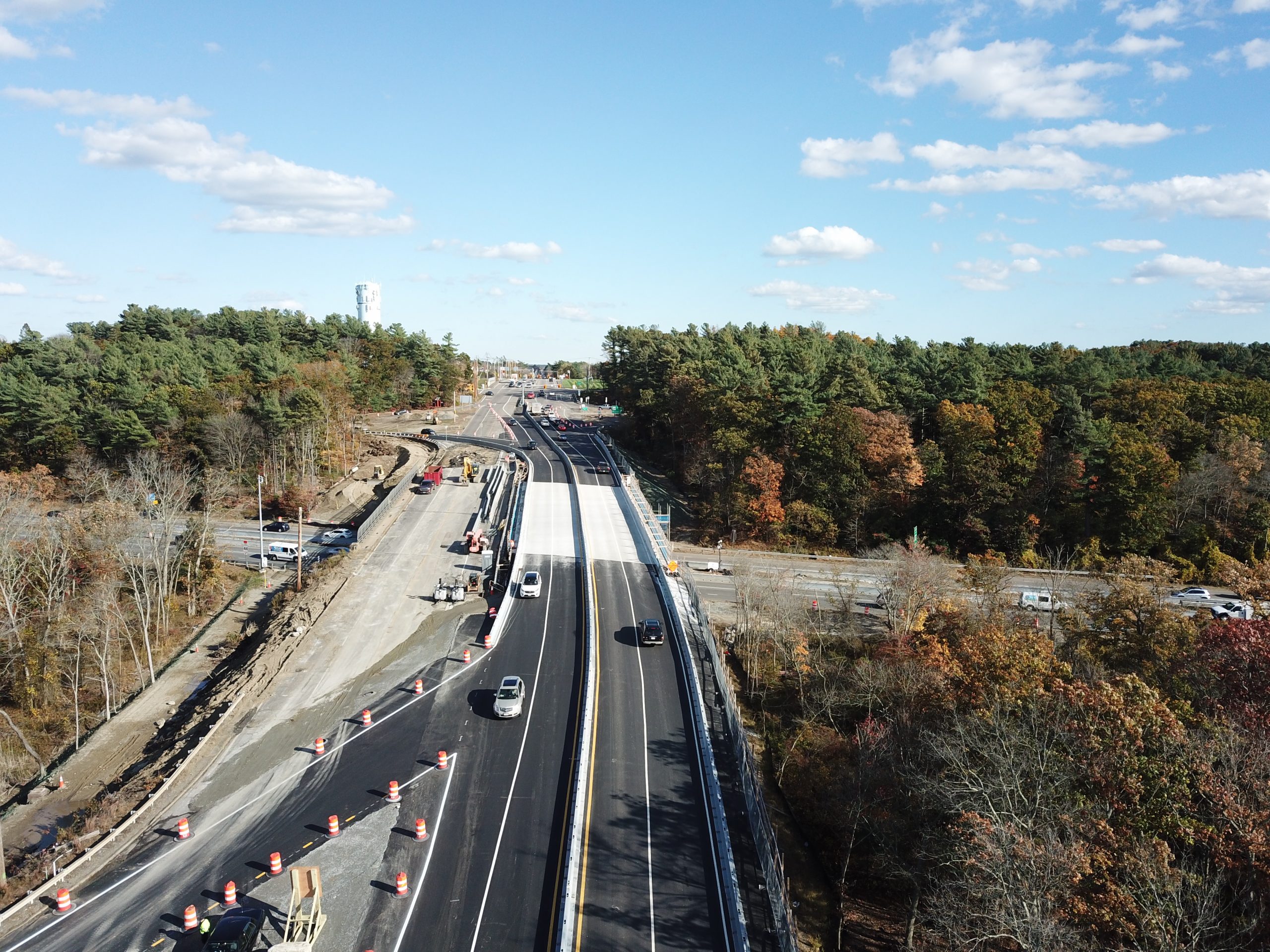