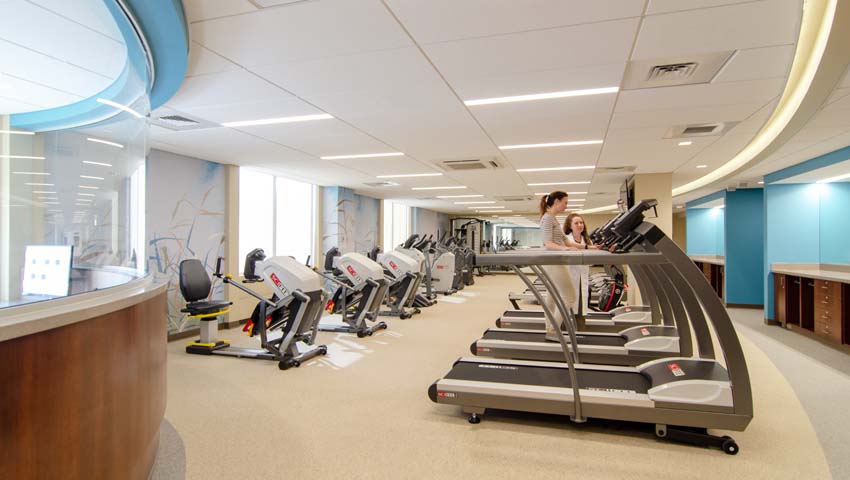 The integrated design and construction team at SLAM worked with Hartford Healthcare’s Hospital of Central Connecticut’s project and facility managers to design, budget and build several outpatient suites on the first floor of the main hospital. The project included a complete gut and renovation of outdated spaces, all done within an occupied floor. The new clinical spaces include a maternal fetal suite, spine center and cardiac rehabilitation suite.

The SLAM team met the challenges and exceeded the goals of the project by working collectively, efficiently and as a single point of contact throughout the design and construction process.

Late in the design process revised interior detailing and finishes were able to be incorporated due to the daily communication of team members and early and close relationships with the suppliers and subcontractors. The review and approval of long-lead items were handled quickly due to the under one roof services of design and construction. In addition to the revised scope of the project, the SLAM team incorporated prefabricated metal wall panels which reduced noise and interference with hospital operations. In addition, this process saved a significant amount of time on the renovation, with quick install and ability for the other trades to work in tandem and earlier than traditional installation methods.

The AIA Document A141-2014 Standard Form of Agreement Between Owner and Design-Builder was used for this project. The team was able to bring the project cost (including soft costs) in under the contractual budget of $3,000,000 for construction alone. The efficiency of using one contract with a sole point of contact resulted in reduced time and thus reduced cost for the owner. With these savings the owner was able to add additional renovation scope into the project. 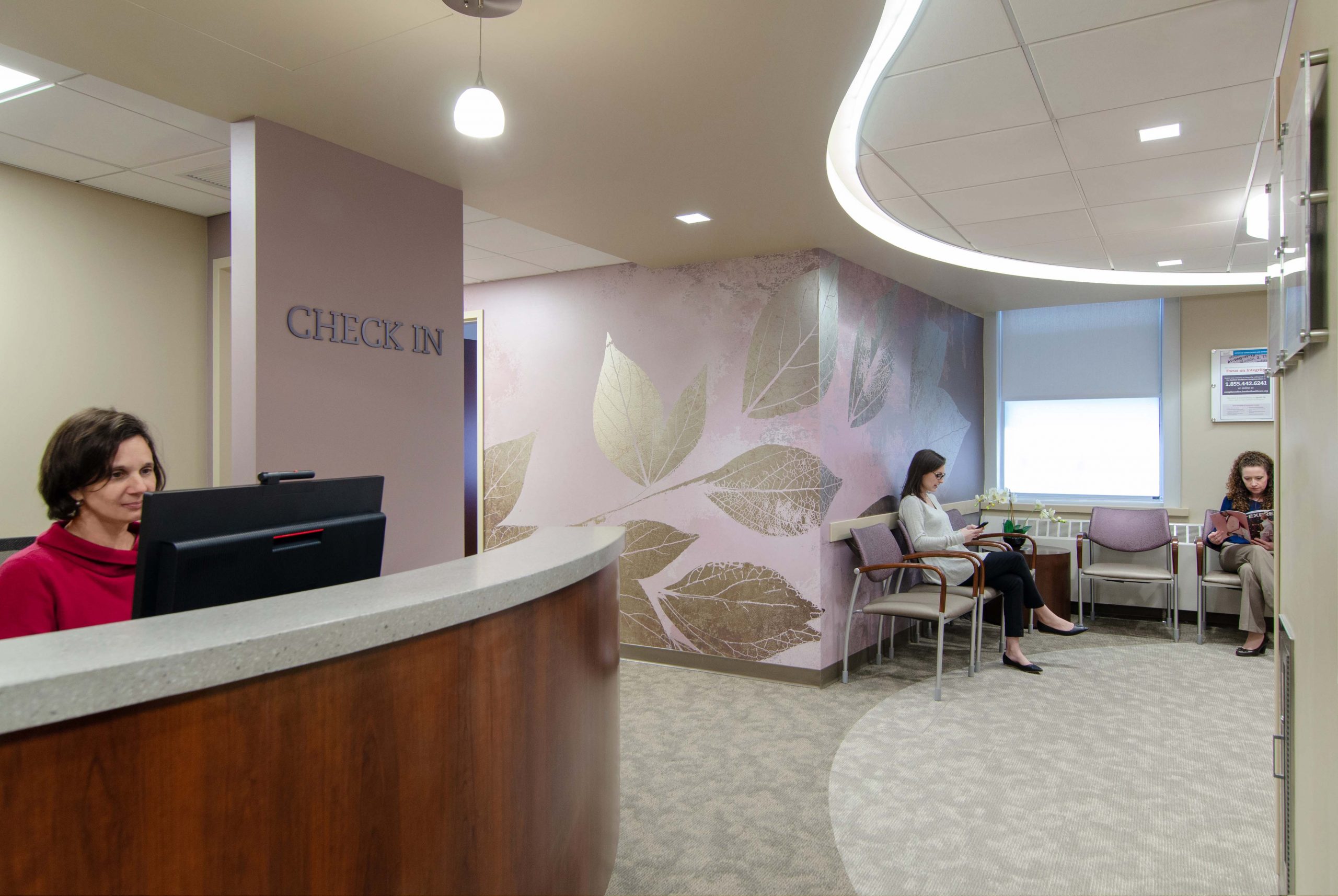 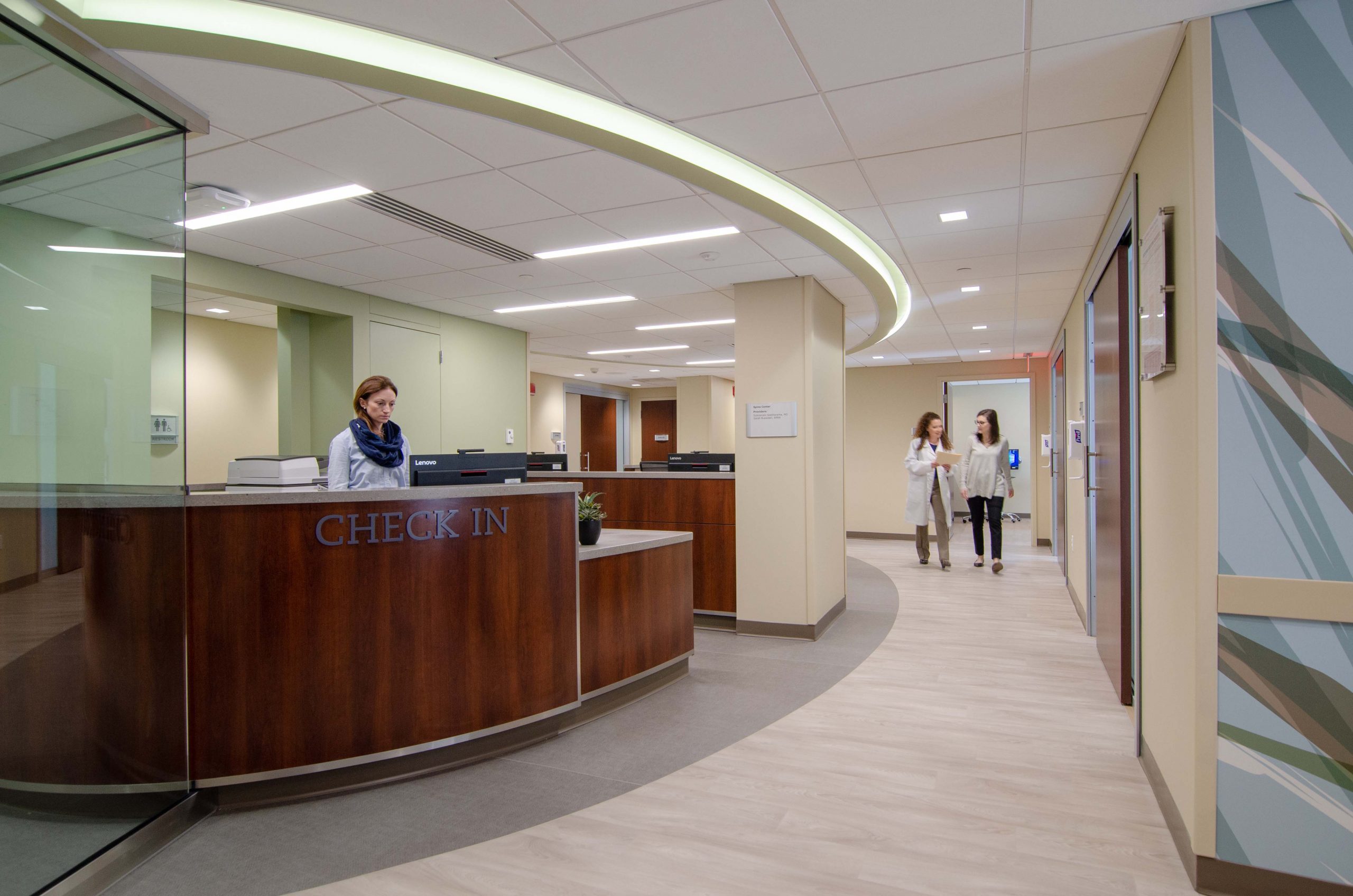 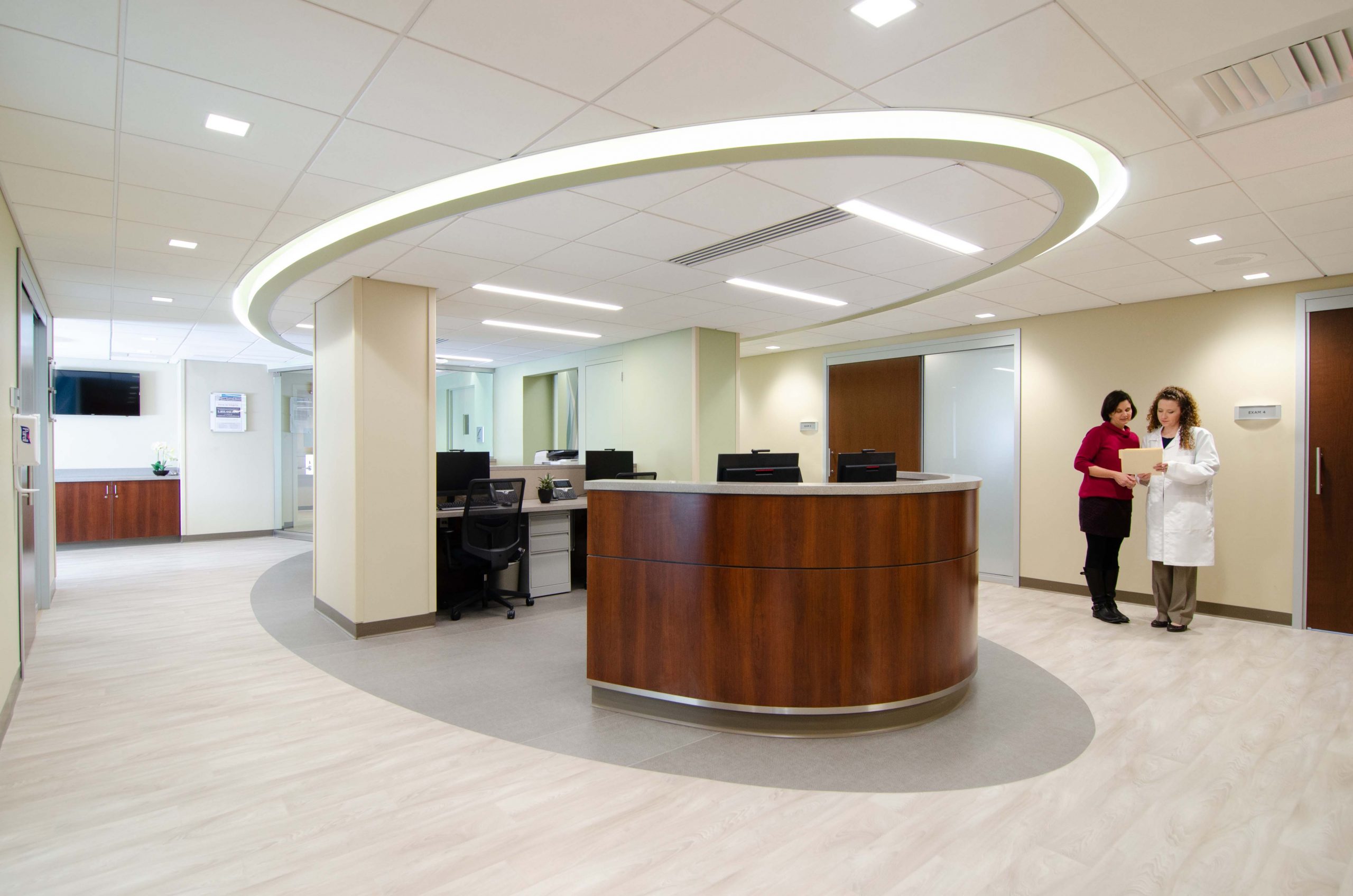